I took the car to Maruti Service where they connected their diagnostic device (called Tech-2) to my car’s ECU and found DTC (Diagnostic Trouble Code) No. P0400, i.e., problem with EGR flow. According to the Swift workshop manual, DTC No. P0400 is detected if one of the following conditions is satisfied :
1) Difference between measured MAF (mass air flow) and reference MAF is out of specified range
2) EGR valve is stuck open

Maruti Service technician cancelled the DTC with Tech-2 and the warning lights (both SVS and MIL) returned to their normal states without carrying out any repairs to the engine. Thereafter, I used the car for over one month without any problem.

Again, about a month ago, the SVS and MIL lights warned me of some malfunction. Again, there was no noticeable change in the car’s performance, i.e., there were no symptoms of any problem except the warning lights. I took the car to Maruti Service and they again found DTC No. P0400, i.e., problem with EGR flow. They correctly diagnosed the root cause of the problem as excessive carbon deposits inside the EGR valve making its operation sluggish / erratic.

The problem was satisfactorily rectified by dismantling and cleaning the EGR valve. The following pictures will give you an idea of the procedure. 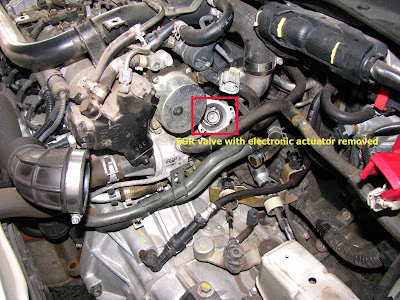 View of engine compartment with battery and air filter removed. The EGR vv. assembly (with electronic actuator removed) is seen inside the red rectangle 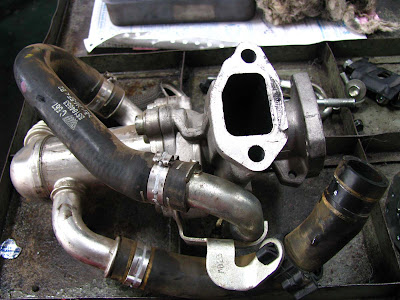 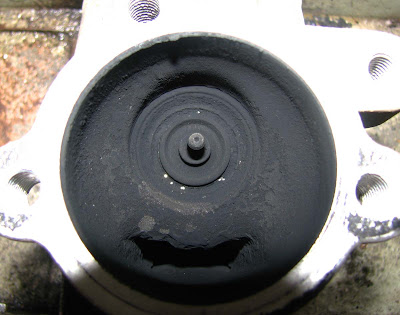 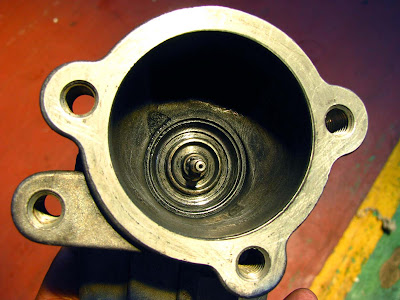 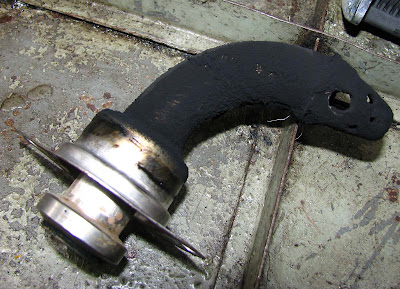 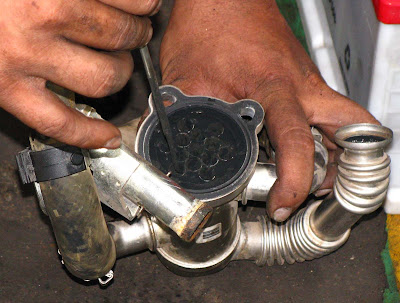 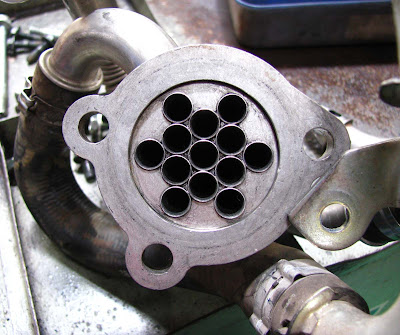 After the EGR valve cleaning I drove the car from Jamshedpur to Delhi and back (about 3000 km; doing speeds upto 130 kmph)
and there were no warning indications.
My personal impression after examining the EGR
valve after dismantling was that there were substantial carbon deposits but they could not be called excessive
— the gas passage through the valve was not blocked (I ascertained it by blowing thro’ the valve with my mouth).
Also, I could operate (open / close) the valve by pushing it with my fingers — it was not jammed (but could be a
bit sluggish under actual working conditions). It must be said to the credit of the Multijet engine that its sensors
and on-board computer are sensitive enough to detect problems well before they start hampering the car’s performance.

This post is also available in: Spanish, Portuguese (Portugal)